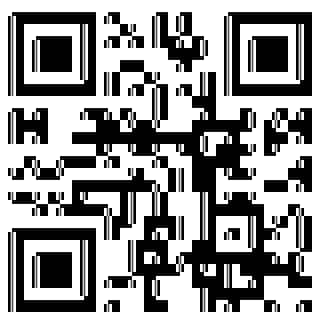 From now on let’s measure all outdoor and print display advertising by the number of QR (quick response) codes captured by consumers’ cellphones. Then, let’s set up a trading system called Cost Per Quick Response (CPQR) and try and convince every traditional marketer in the world of its value. The argument will be that technology says we can measure it and everything not measurable is useless and out of date with modern consumer behavior. Oh, and I also expect to gain a whopping 3 percent of print media share in 15 years.

For an industry that’s considered progressive and labels itself “new media,” it’s certainly locked into an archaic catch-all metric, the click, which measures only a menial part of a consumer’s senses — a part so pigeonholed to action it dismisses all aspects related to influence (think, feel, sense, imagine and interact). Clicks have little to nothing to do with exposure to creative and actually ignore emotional connectivity to a brand. Simply put, clicks only measure one response — which we generally often assume is a positive indication of intent versus accidental — and generally are a long way from a suitable conversion point an advertiser actually seeks.

Advertising at its core is about reaching out to the senses to captivate an imagination, influence an action or change a perception by enhancing a consumer’s desire. Enter multimodal perception, a notion based on the idea that humans use multiple senses to learn, sight being the strongest, followed by sound and touch. It’s the combining of senses that helps us to build a bigger picture of the world around us. Ever notice how food doesn’t taste the same when you have a cold and can’t smell it? From a marketing perspective, that may mean that collaborative exposures across media are enhanced through a physical experience of play and exploration. It might also point to the fact that measurement is not always immediate or isolated and should be perceived as something that develops over time.

Marketers are beginning to measure this sensory engagement across channels by looking at specific touch points along the consumer’s path to conversion and not just focusing on the immediate action of the user on any given single exposure. Digital has afforded marketers the means to stimulate multiple senses through interactivity in a variety of virtual scenarios, from TV screens in the back of cabs and digital billboards in Times Square to floating billboards along the Hangsu River in Shanghai. We’ve already seen users chatting with the actual developers at Intel inside online banners, talking to President Obama via Webcam and watching Chanel takeover entire computer screens across the globe. Given technology’s ability to measure exposure in front of all media, “time” offers the most insight into consumer behavior and reach.

First, we must ascertain what a consumer “sees,” then what did they “do” — which is a the heart of the concept for Electronic Gross Rating Points (eGRP). In a recent panel in New York, comScore, Nielsen, DynamicLogic and TNS investigated the need for old-style GRP and agreed it should be superseded by focusing on analyzing actual consumer behavior to drive measurement models. In looking at how consumers now consume media, a “time-based” eGRP is a possible model, opposed to a “reach-based” eGRP.

Focusing on time spent at each key touch point allows marketers to obtain a scalable metric — even a potential combined exposure per consumer, per campaign across all media — that concisely can answer advertisers concerns and objectives with consumer awareness. In turn, this can be followed by other subsequent behaviors such as triggering search, or further exploration or communication.

Taking time-based measurement into account, the recent launch of metrics developed around time attempt to isolate those who see and subsequently interact with a creative as opposed to those passively exposed, and offers a positive viable alternative to clicks by measuring time spent exposed exploring any given brand. The utopia for time-based measurement is to measure the total time spent exposed across all media channels as well as the total time spent engaging per campaign.

One thing is certain: the key to defining measurement needs to be closely linked to human physiology and the multi-modal behavior of consumers, and not conformity to the software engineers who have disrupted the heritage of advertising and distorted the phrase “engagement.” The answer is to develop a series of metrics along the consumer’s touch points that indicate intent, and it would seem “time” is the most adaptive measurement across multiple media channels.

So, in about 10 years when people realize that QR codes are not the be-all and end-all measurement for print advertising, we can all look gleefully back and say, “I told you so,” armed with strategic marketing intelligence and good old-fashioned common sense that predates any new fangled technological ideology.

This article appeared in AdWeek.