Online advertising is in the House

Home/Advertising Technology, Privacy Control/Online advertising is in the House
Previous Next

Online advertising is in the House 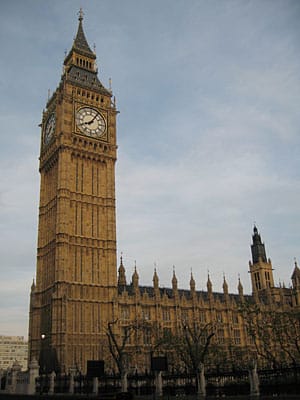 Sitting in the debate “Legislation cannot secure high standards in commercial communications online” in the House of Commons last night, it was an interesting evening to see what the UK parliamentary role should be within the online advertising industry. Thankfully not too much, was the conclusion!

The argument against the motion was based around examples of child pornography and how the government needed to have some kind of enforcement policy – irrespective of whether this flew in the face of freedom of speech. After all, no one wants a replication of a China-style control over information. From BT’s Clean Feed programme to filter explicit content, to the Natwest Three who were extradited from the UK, to the Council of Europe’s Treaty of Cyber Crime… but as the opposition stated, this is all a content-related argument and nothing to do with advertising per se.

Pushing for self-regulation, sighting the IAB and ASA as prime examples, the argument for the motion was that advertisers and consumers alike will not tolerate any irresponsible behaviour; whether violent, sexual, advocating obesity or children focussed, let alone privacy. Innovation will undoubtedly make mistakes, Facebook and BNP come to mind, but as was shown, the industry is quick to respond to peer pressure and is in their interest to do so – after all money talks. Only gambling content could legitably be argued in terms of legislation around online commercialisation.

A couple of points I stood up to raise were based around the rate of change and international boundaries.

As technology moves on at an alarming rate, e.g. discussions around mobile advertising, and how search on mobile will relate to IPTV and eBillboard display advertising – how can we predict, let alone legislate around such innovations? Can the Data Protection Act cope with modern advertising methods, for example define “opt-in”. Are we talking pure data-capture? Click on ad? What about an intentional roll-over? – I could argue the latter is a potential opt-in too.

What about watching content I have stored on my PVR or downloaded music I have bought and placed on a Media Centre in UK that I access via Slingbox in hotel room in Frankfurt? What about relevant HSBC ads displayed in Cantonese to a Hong Kong tourist travelling through the London underground? Where do international boundaries start and finish in age of personalisation and relevance?

Can legislation really cope with such advancements in a succinct and timely manner?

Interestingly behavioural targeting was only hinted at and not discussed further, as to this end legislation may certainly need to help define, if not dictate modes of operation. Does advertising to and personal relevance become a matter of national security in being able to track individuals – duping individuals to feel in control whilst orchestrating a back door ID card? No doubt this will become a topic for further debate of which I will ensure I have a voice.