Implantable Brain Chips and the Future of Social Communication

Implantable Brain Chips and the Future of Social Communication

Knowing just how far we can push communication technology is one of those questions that often blurs science-fact with science-fiction. I used to get excited seeing James Bond’s gadgets, like his tracking system and car phone in the famous Aston Martin DB5 – now two-thirds of the planet has mobile phones, and every single one of them is personally identifiable and trackable, it’s a very different story. Not bad for 15 years implementation when you think of it. So just how far have we got?

A couple of years ago I highlighted a few new concepts around technology relating to “Human Computer Interaction” which does indeed seem cool to most. Yet behind the concept of touch screens and surface computing is the need to identify every product with a unique number stored on a microchip.

The push for integration along with huge potential savings by global organizations has ensured we now have this relentless invasion of RFID (Radio Frequency Identification) facilitating the “Internet of Things” otherwise known as Ubiquitous Computing. Regular readers here will know some of my ethical challenges surrounding that. Way before I started my own blog, people were already discussing controlling devices by implanting microchips in humans – and I for one think this is the way advertising in the future will be targeted to every individual and not via an iris scan as seen in the film ‘Minority Report’.

Well it seems as though whilst people are trying to tackle whether RFID really is the ‘mark of the beast’, I want to truly take this to the next level, and highlight an interesting, if not alarming, discourse on the Ethical Assessment of Implantable Brain Chips.

“Computer scientists predict that within the next twenty years neural interfaces will be designed that will not only increase the dynamic range of senses, but will also enhance memory and enable “cyberthink” — invisible communication with others.”

It’s known as a brain-computer interface (BCI) and is expected to be rolled out en masse by around 2035 – microchips hardwired into your brain to ‘enhance’ your senses.

Let me walk you through this.

Apparently three million of us already rely on some kind of artificial implants – to improve hearing or sight for example. Yet what we are talking about here is the merging of prosthetics with computer science through tiny components linked to radio communication. It is beyond the concept of “wearable computers” that MIT have been kicking around for some years now, i.e. portable computers built into your clothes linked to glasses with video cameras, etc.

“Through miniaturization of components, systems have been generated that are wearable and nearly invisible, so that individuals, supported by a personal information structure, can move about and interact freely, as well as, through networking, share experiences with others. The wearable computer project envisions users accessing the Remembrance Agent of a large communally based data source.”

So the first aspect of what is being discussed is that of “Wearable Computers”. Think of a spy-cam in your shirt pocket, linked to an iPhone and then a pocket projector like Aaxa’s P1 or 3M’s Pico.

Next we need to link this to a Remembrance Agent (RA) which is ‘a program which augments human memory by displaying a list of documents which might be relevant to the user’s current context.’ It is an information retrieval system running wirelessly over the internet, continuously without user intervention and unobtrusively ‘allowing a user to pursue or ignore the RA’s suggestions as desired.’

What we end up with is this recently patented wearable computer that projects its display onto a nearby surface that’s being dubbed as the Internet’s “Sixth Sense”.

The concept is just by looking at your boarding card; information about your flight can be projected on to it. Or pick up a book or product and you are able to find out more information about it by linking what the camera sees to information stored online about it. It’s an automatic search which is similar to you asking a shop assistant to tell you more about something – it’s already recalling everything known online right there on the product packaging.

But this technology is not just limited to everyday things; “When you encounter someone at a party, the system projects a cloud of words on the person’s body to provide more information about him— his blog URL, the name of his company, his likes and interests…”

This means you will never forget someone’s name ever again; facial recognition software will not only tell you who but what, how and why. It is the ability to transfer information; contact details, community groups – even their birthday, interests or medical issues – without even uttering a single word. Think of it like a car license plate reader for every single human on the planet that pulls up an entire history of data about every product or person you wish to investigate. Suddenly that talking billboard in Minority Report seems so passé.

When you consider the fact that pharmaceutical manufacturers are already considering implementing microchips inside every single prescription drug, which will then communicate to the internet via your mobile phone – implanted chips are no longer science-fiction but a present-day reality.

Combine these technologies, and what we find here is a two-way continuous transmission program intrinsically linked to everyday human behavior and our interaction with objects and each other; all being continually broadcast, monitored and modified.

“Suddenly technology has given us powers with which we can manipulate not only external reality — the physical world — but also, and much more portentously, ‘ourselves’. Once networked the result will be a collective consciousness, the hive mind. The hive mind…is about taking all these trillions of cells in our skulls that make individual consciousness and putting them together and arriving at a new kind of consciousness that transcends all the individuals.”

Yes you did read correctly. There is a very real discussion around ‘brain chips’ which will probably function as a prosthetic cortical implant to enhance our senses and communication/control to improve our performance. It has already envisioned that “general adoption will take roughly twenty to thirty years”. The arguments for this gross invasion of humanity already stem from the widespread use of drugs to ‘improve’ people’s moods as many are unable to deal with their emotions/depressions/tempers in and of themselves, so in that regard this is merely the technological next step of scientific development. If prosthetics, drugs, psychotherapy and cosmetic surgery are all accepted forms of assisting individuals in their interaction in the world, ‘for the good of the whole’ as well as that of the individual, what should be so wrong in this logical progression? 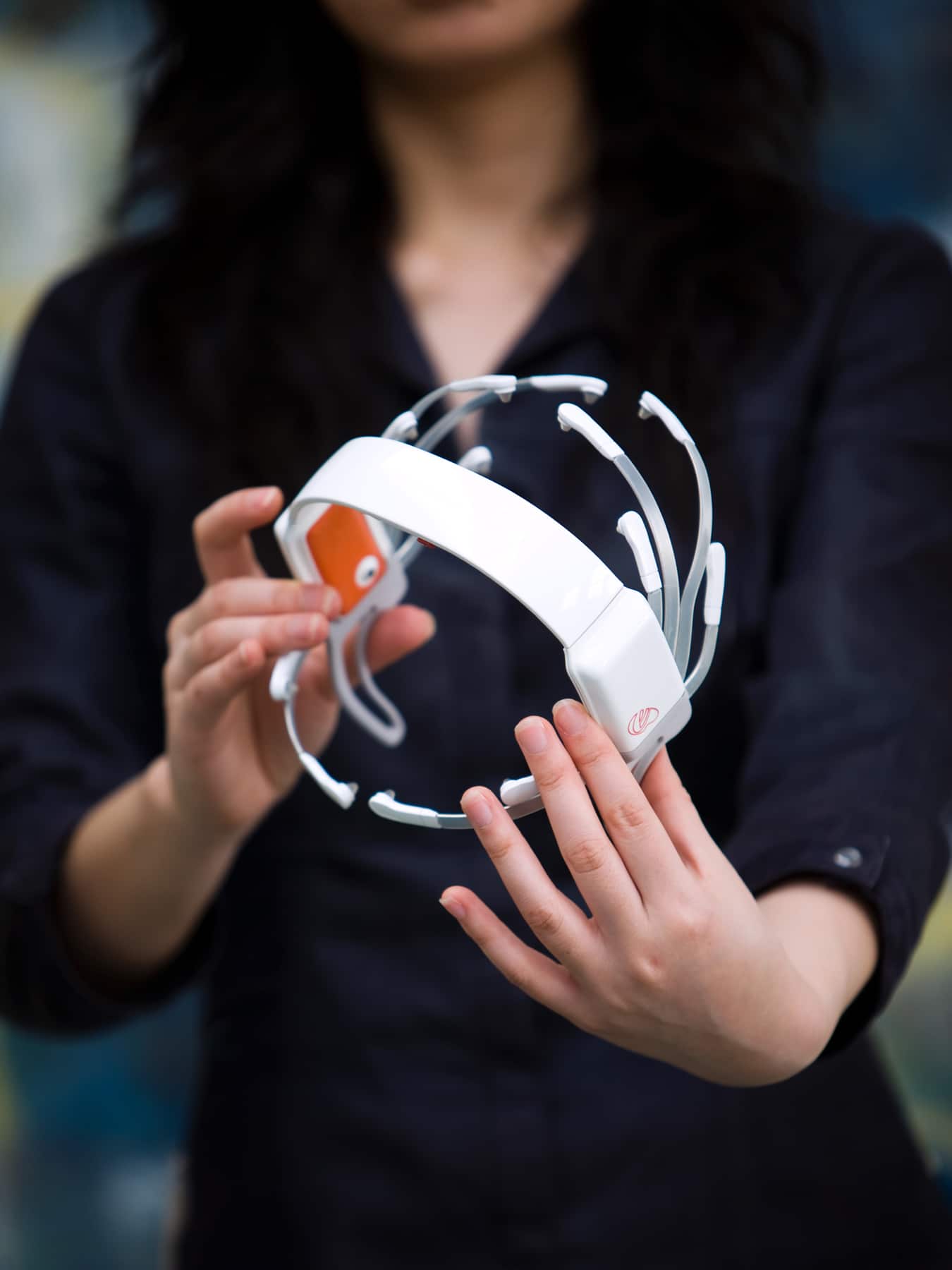 Microphones hardwired into the brain to enable deaf people to hear, or a camera hardwired to allow the blind to see seems the stuff of movies, yet it is very real. In fact in 2005 the BBC reported that a paralyzed man in the US had been implanted with a brain chip that allowed him to control everyday objects by thought alone; i.e. he could think the TV on and off or change channel or control the volume. Am sure there would be many people who could initially react “wow, how cool would that be?” without thinking through any implications. You can guarantee gamer’s can’t wait to get the heads locked into mind-controlling devices by companies like Emotiv when they are released later this year.

It was back in 2007 I highlighted ‘psychocorrection’ being used in Russia and explored by the US Department of Homeland Security to manipulate people beyond their will using ‘subliminal messages to bend a subject’s will, and even modify a person’s personality without their knowledge.’ According to Wired last summer, Top Pentagon Scientists Fear Brain-Modified Foes; the DHS sees a real threat on the battlefield of ‘enhanced’ bionic people being able to resist pain, or know things about the enemy immediately, etc – basically they are going to make sure they get the technology implemented first to maintain advantage. We can fully expect the military to push adoption of brain chips into those serving in the armed forces.

It is these teleontological arguments where the “end justifies the means” that seems to be rife in society today. There is no regard for a higher moral code outside of ourselves and no regards for the Creator or His creation – which is now seemingly proven by science to be some kind of mystical fairy tale. Yet the very removal of a higher entity allows man, any man, to make judgment calls on behalf of other men in as much as a general of an army can demand his soldiers to follow orders even if faced with certain execution. It all stems back to can we trust any human at the top of the chain to be perfect continuously and be beyond reproach? History proves there has been no such mere human –and certainly not with the power to control the conscious mind, via an automated “hive” to dictate and modify as ‘it’ sees fit?

Consider that “in thirty years, it will be possible to capture data presenting all of a human being’s sensory experiences on a single tiny chip implanted in the brain… The most frightening implication of this technology is the grave possibility that it would facilitate totalitarian control of humans.”

Combine these technological advances to what we know of dictatorial human behavior throughout time manipulating the masses for their perverse gain and we really do have a very terrifying glimpse into a frightening future that could be nearer then we all think.

Assuming, of course, you are still allowed to think – independently.

This article also appeared on; We the People will not be Chipped