Disintermedia and the Google threat to agencies

Disintermedia and the Google threat to agencies 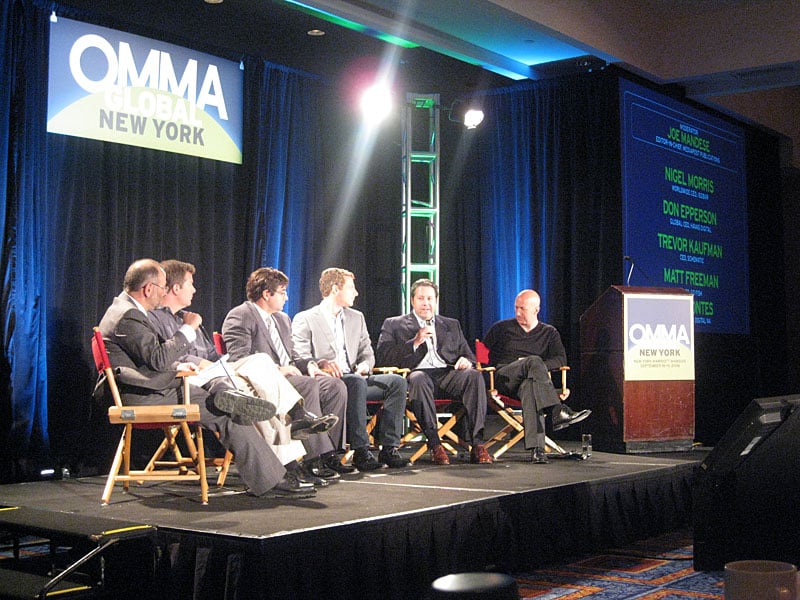 “If agencies are under threat, it’s because they have not adapted to digital quick enough,” says Nigel Morris, CEO Isobar Global at OMMA Global Conference in New York in discussing the future of Madison Avenue. “Google has continued to innovate whilst agencies have been complacent, as a result agencies are now looking down the barrel of a gun.”

It’s very interesting to see a respected agency veteran, continuing to push the frontiers of agency adaption to digital media. Certainly echoes comments from the brand managers in the discussions I had at iMedia in San Diego this week. There is a genuine disconnect arising between the kind of solutions and metrics currently offered to them that is growing disproportionately away from their actual needs.

“Why does a fast-food chain such as ours actually need a website?” was feedback over lunch with one particular brand manager. I have long time agreed with this sentiment, and though I sympathise with creative agencies from my own design roots, it seems as though we have moved from brochure-ware to full-on content experiences that are often at loggerheads with actual needs of brand managers. Furthermore, they simply offer very little value to the experience of their users, as unlike other media we have moved from taking content to consumers and instead expect consumers to go to content. For many brands, websites and campaign micro sites are more of a case of keeping-up-with-the-Jones simply because others do, than any tangible overall value that result in shifts in perception. The difficulty then comes in trying to convince upper management within advertisers as to the necessity of digital at all, with potentially disastrous consequences for the digital industry. Agencies need to become far more strategic in their thinking of penetrating deep into the user experiences offered by web 2.0 to turn users back into consumers.

Nigel Morris agrees. He feels as a result, agencies have lost the advisory role to clients, and as a result are no longer the first point of call for advice, and instead making way for management consultants to come in and take over who ultimately cannot deliver executions. “If agencies are going to survive, they need to take back that advisory role,” he says. Morris further elaborates, “if changes have taken place it is because agencies have not given clients what they need in terms of innovation, making room for others to come in. The days of simply pushing advertising messages out there is dead!” In discussing the changes afforded by web 2.0 he suggests that in this new world, “the brands that will win won’t be the ones who tell the best stories, but whose consumers will tell the best stories about them”.

I would tend to agree. It is difficult to preach to consumers anymore and not listen to their feedback in order to turn a critic into an influencer. We can no longer ignore the actual user experience in the environment they habit and connect it back to the consumer life cycle or media consumption. Unless we learn what is working and what is not, and address issues and apply them to subsequent campaigns, you may as well be spitting into the wind.

Media has become fragmented and so has audience time. It is now about creating brand moments and repeating them in order to create emotional impact. In this regard Google is trying to offer ways of consolidation, but there attitude is often more of replacing the agency role with technology with an attitude of ‘the era of the agency is over’, as opposed to giving agencies technology to make their life easier. Someone needs to be able to understand and create at the end of the day, and no technology can account for multitudes of consumer behaviour and experience. It is also incredibly narrow-minded, not even AI (Artificial Intelligence) would dare to presume having the ability to mimic all human behaviours and I am yet to find anyone with their ability to predict which campaigns will go viral. The real underlying problem is due to consistent time pressures agencies rely on templates and formulas and fictitious ‘benchmarks’ and give little thought to real analysis, thereby at danger of never learning from successes and failures.

As for who should be in charge of this, it is obvious technology partners have a vital role to play in facilitating capabilities, speeding up and simplifying processes as well as assisting in collating data for trends. The role of the agency cannot be underplayed however. “Agencies need to take a Silicon Valley approach in the digital age”, commented Trevor Kaufman, CEO, Schematic. He suggests that rather than the art director and copywriter taking the lime light, with everyone else taking a supplementary junior role to them, in the new agency world it is the developers, the little men, who often define the final product and flat lines the hierarchy that traditionally existed within agencies.

It is therefore those who are close to working with the technology and understand the implications of it are going to become pivotal in developing overall strategy – either agency side, or as in my case on the technology side, consulting and brain storming with those responsible for execution. Simply handing stuff over to a technology partner to implement and finish off does both parties a serious disservice in being able to deliver innovation. It has to be a meeting of creative, strategic and technical minds. In this regard, this is the potential problem of the Google ‘automated’ approach.

According to Chris Anderson, editor in chief of Wired Magazine, the new role of media moving forward will be based around ‘Fremium’ – free content that has a flight to premium paid-for content. It is giving away something as a teaser to encourage consumer acceptance until they are hooked and ready to move up to the next model – whether advertising funded or subscription based.

This has interesting considerations from the need for creative, media and technology partners in working together. We have seen the benefits of enabling widgets within paid-media, enabling a viral effect through social ‘earned’ media. Anderson however flips the model on its head and moves away from the need to subscribe and track and instead gives room for creativity to breathe and to rise and fall based upon customer demand, which in turn can be turned into consumers and ultimately advocates. It is a model we already see working successfully with inGame advertising of casual games, where after a period of free time, the user gets the option to buy or continue to play whilst receiving advertising at select points. The ads are downloaded when the user is connected to the Internet, so even when the PC is offline they continue to receive adverts and the measurements are tracked and uploaded upon next connection. As impressive as this is, technology is merely a facilitator here, and not merely the whole solution.

Morris concluded, “the role for agencies is with data infrastructures. Agencies have the data aggregation, but need to respond to the clients wishes for the slither that is going to make the difference. This will help bring back the agencies into the role of advisors.” Eyeblaster certainly agrees. Providing simple tools in natural agency working environments provides flexibility as well as time-saving ways for agencies to spend less on aggregation and more on analysis and strategy. At a time when staff are in short supply, and the complications associated with digital advertising ever increasing, the need to share the burden and develop constructive partnerships is in greater than ever.

As far as I can see, the days of technology vendors vs. agency, or creative vs. media has got to come to an end. The only way for success moving forward is to appreciate each other’s strengths, roles and combined value to furthering the digital industry and thereby truly satisfying client’s ultimate objectives at connecting with their consumers.