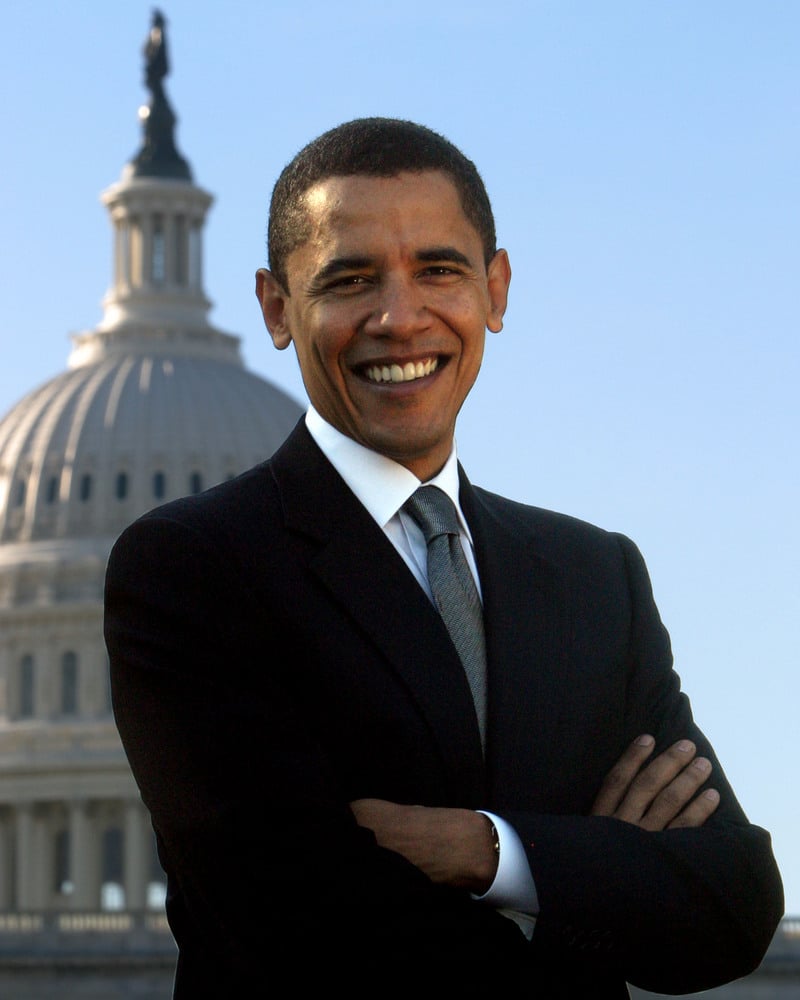 Barack Obama is more than a new president: to some he is a superhero, to others the new Messiah. To me, he is Brand Obama. He has become a catalyst and confidence boost to all brands who want to know how to reach a new generation, without alienating those of a more ‘traditional’ disposition.

As a Digital President, Obama’s use of digital media has been revolutionary as opposed to evolutionary. The team around him has taken the best of what has been done with brands so far, and coupled with a new twist, brought politics to the masses – grounding it in a maturity inspiring confidence, without the entire Hollywood razzle. American politics has become palatable.

All brands want to reach a younger generation, as they know it is these youngsters who will become the next consumers, the next influencers. Brands continually reinventing themselves, yet maintaining a consistent and quietly confident theme, isn’t that the brand building appeal? But for far too long, brands have been mono-directional from their marketers to the desired audience, but with advent of social media, this has begun to change as brands have utilized social forums as part of their product feedback. To most, this feedback is terrifying, in case someone is a little more honest than they would like, but is necessary for brand credibility moving forward in the 21st Century.

What I believe has happened with the Obama campaign was to take this evolution of modern media, backed by case studies of innovative brands that have been brave enough to allow a two-way dialogue, and then injected the whole digital media space with steroids. Brands have limited appeal to target audiences, but something like a presidential race covers every genre, race and creed and ultimately provides a wealth of data and insight into modern consumer behavior in one foul swoop that would have taken us years through individual brand campaigns. We have just taken a huge quantum leap in understanding today’s audience. Obama’s use of online is a catalyst to encourage brands and more consumers to tap into the potential of digital mediums – and we fully expect this to continue to help the online world mature in new ways.

We are talking more than a global leader – he’s a global brand icon. His reach and appeal, politics aside, are one of change. He is more than a president; he encapsulates everything about progress – politically and technologically – that just happens to appear at a time of ripeness; when the world in a downward spiral it is eagerly looking for a calm, assured confidence that things are going to get better – and it is going to happen ‘together’. And to this end, I believe digital media and Obama have something in common; they are both sources of change. He is the voice of the people, yet it is in giving people a voice that has been the most interesting twist in this whole concept.

10 years ago we were bean counting digital media with CTR. Politics were no different, online voting was innovative in reaching new audience, yet at the end of the day it was just a numbers game. Yet consider the technological revolutions have changed societies in as little as ten years; the way we SMS, Facebook and Twitter each other and then rate each other on eBay (or products on Amazon/iTunes). This is a whole different society of discussion and rating where brands will rise and fall depending if they can tap into social consciousness and give people room to speak their minds – and learn from their ‘constructive’ feedback. The persuasiveness of brands will be shown through their willingness to listen.

Obama is the first president to harness digital media, partly because he can as it is now there to be used, and partly because he needed to. So online has been a major part of the Obama brand as it appeals to a new generation of political followers and patriotic enthusiasts. But beyond these, he has tapped into every goofy, geeky seemingly insignificant kid in their bedroom… and given them a voice. A voice that has been identified as having potentially huge ramifications in the virtual world 2.0 – so it may as well be utilized for the good of the whole.

Democracy and freedom of speech, these concepts are intrinsic about people having a voice and fundamental to the American way. Living in UK, we have our heritage in our royalty, passed down generations by blood lines. In the US, it is the brands who are the royalty, who are elected by the people, and proven in the fact they are the first target in any backlash – globally. We expect them to have a moral consciousness, to have a finger on the pulse of modern society thinking, to take a global perspective but be culturally significant at a local level. This is why I think brands and Obama are actually bouncing off one another right now.

Take Pepsi – a global all-American brand. A red-and-white patriotic symbol of ‘times of refreshing’ and very much a part of this royal heritage of all that is American. An American-Global brand utilizing an American-Global icon. And within a global society that is slowly being squeezed towards economic collapse, they know that change is necessary and people need a positive lift, they need refreshing. In fact let’s “Refresh Everything”. Pepsi have tapped into this change and just pressed the cold, hard reset button on brand-building across modern media. People, Obama and Pepsi have just rebooted the entire system, mark my words.

Pepsi’s recent campaign has made consumers part of the conversation: Gone are the days of consumers sitting back and listening to the leader of the country. Now, it’s about engagement at various points of media from social media like Facebook to blogs and tweets, and to in-banner video messages.

So, in celebration of the Presidential Inauguration, Pepsi launched a major web 2.0 event that empowered Americans to speak to the President directly through Pepsi’s video banner ad, predominantly through a YouTube channel and complemented by a destination site entitled “Refresh Everything”. The concept of “Dear Mr. President” ad campaign created by R/GA was promoted by celebrities voicing their well wishes and encouraging you, from your office or home, to do the same.

It allowed everyone with a webcam or messaging platform to feedback their thoughts and wishes, on what should (and shouldn’t) be changed about the country, by sending a text or uploading a video to the dedicated YouTube channel, and facilitated around key media placements though a fully interactive web banner and served through Eyeblaster’s breakthrough technology. So in using online and social media channels to connect with consumers, Pepsi leveraged the common American theme, ‘freedom of speech’ to ignite this event – utilizing online media as open forum for consumers to communicate with Obama, yet all the while staying engaged with Pepsi’s brand.

The shifting digital media landscape has created a cultural shift in the way that consumers and audiences engage – whether brands, movements or politics. Pepsi’s banner ad represents the more innovative use of online media; it empowers the end user to interact, form an opinion and speak directly to the American leader – something that truly is groundbreaking and in doing so, speaks to a new generation of consumers. And the evidence speaks for itself, 14% of consumers who uploaded a video to YouTube did so through the banner. Today’s online consumers are lot more willing than we give them credit for.

It is imaginative conceptually as well as demonstration of modern advertising technology, wrapped up in an advert that doesn’t look like an advert. Pepsi is just enabling people to do what they really want to do, and becomes a facilitator of this inevitable change that is happening around the world. It has nothing to do with Pepsi tastes nice or any product push; it is a brand backing a brand in its pursuit of a change for the better. And I believe it has executed this beautifully and left a very sweet after-taste in the mouth of many a consumer or media disciplinarian who long for its success in order to demonstrate to more cautious brands that they can follow suit.

Not only does Pepsi tap into what they‘re consumers are doing, but so does the Obama administration, such as seen at Change.gov. Digital media allows for the two-way dialogue at all times, letting consumers tell you what they like, don’t like, what they’re thinking, etc. When you consider that the inauguration took place during the workday, viewers were able to stream the event live on major broadcast websites. CNN.com working with Facebook to encourage users to swap comments on the unfolding events, it is a classic example of how important the digital media channel has become in politics and for the world.

So what does a new Digital President means for brands? Obama’s already used many forms of digital media, and brands like Pepsi are going to start to build-in more and more digital aspects to their campaigns to reach a specific group of consumers found hanging around online; social media sites, pop culture blogs, micro-bloggers, etc. A specific group that is fast becoming the masses. Pepsi know full well that those who come out top in an upturned economy are those that ride the recession with their head held high, ensuring they remain noticed. But what Pepsi have done, is know the moment to catch the wave and ride on the crest of the positivity with the Inauguration. I expect many more Brand Obama surfers to get into that water in the coming months.

Obama is a great orator. He has talked-the-talk, but now we need to see if he can walk-the-walk. Should he unfortunately stumble or not be able to deliver, he is going to be at the mercy not just of the media and pub talk like presidents of previous generations, but at the beck and call of every Facebook wall post, every SMS joke, every Tweet around this new connected digital world. He will need to face and respond personally to each individual he has touched and challenged and identify that he is not God and perfect, but a mere human on a journey. This could indeed be the next iteration of social connectivity that brands too could learn from, as they too share this fear of what happens if my product gets a low-star rating on Amazon? What you do in this case is politely say ‘thank you for the feedback’, and spin that into product development, and in doing so turn a critic into an advocate as they too become part of the solution.

Obama IS the new Digital President, as he is setting precedence for every brand around the world to learn the art of how to manage a volatile consumer stage and then lead by example, together. And I for one look forward to watching this story, and this new chapter in digital media, unfold…